The overwhelming majority of my fiction can be found in my books. However, some stories have been published elsewhere, and in some cases those aren’t available anywhere else. Here’s a handy list of publications featuring my work: 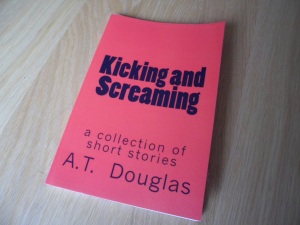 Kicking and Screaming features a folk horror story of mine – “Harvest Moon” – that isn’t currently in print anywhere else. All the stories collected within were initially written for Screamprompts over on deviantART: each tackled a particular challenge of some sort or another. Mine was to complete the story without using any adverbs ending in “-ly.”

An anthology of speculative detective fiction, Unearthly Sleuths features two stories of mine: “The Card,” which was written for Flash Fiction Month 2012 and takes place in the same London Superior setting as the Clown Machine stories, and “Noise on the Wire,” an Alterworld story not currently available anywhere else.

An anthology of monstrous fiction, Myths, Monsters, Mutations features two of my Flash Fiction Month pieces: “Demon in a Copper Case” and “The Gilded Swan.”

Truth is Like a Lazarus; or, A Roof Bursting with Stars (University of Reading, 2017)

Edited by students at the University of Reading (where I completed my BA in English Literature), Truth is Like a Lazarus features work from people connected with the university and local area, including one of my Flash Fiction Month pieces, “Beyond the Ken of Man.” 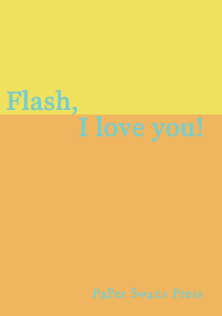 An anthology of flash fiction, Flash, I Love You! features my story “Dead Hand,” originally written on the final day of Flash Fiction Month 2016.

An anthology of speculative fiction on the theme of communication, Wavelengths includes one of my Flash Fiction Month stories – Failing That… – as well as Line of Least Resistance, another short story not readily available anywhere else. 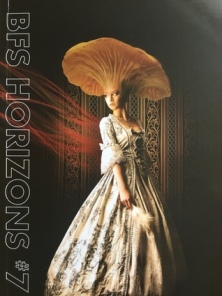 The seventh volume of the British Fantasy Society’s Horizons journal contains Before the Black Throne, one of my Flash Fiction Month stories for 2014.

Another anthology by JayHenge Publishing, Unrealpolitik gathers together speculative stories on the theme of politics, including my own The Human Touch and The Damocles Protocol.

The Ruminations of a Multiheaded Monster (M. Lindenmuth, 2018) 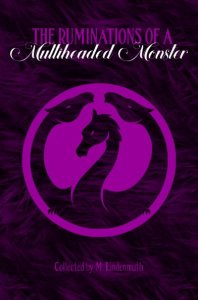 Ruminations of a Multiheaded Monster is entirely made up of stories written for Flash Fiction Month 2018. There are 31 in total – one selected from each day of the event – and six are mine. These are: Miffed Mel: Frugal Road, Shakespeare Jumps the Shark, The Dearth of Superman, The Mages and the Demon’s Tower, and The Watcher in the Wasteland.