Since that plan went out the window, I came up with a new one: 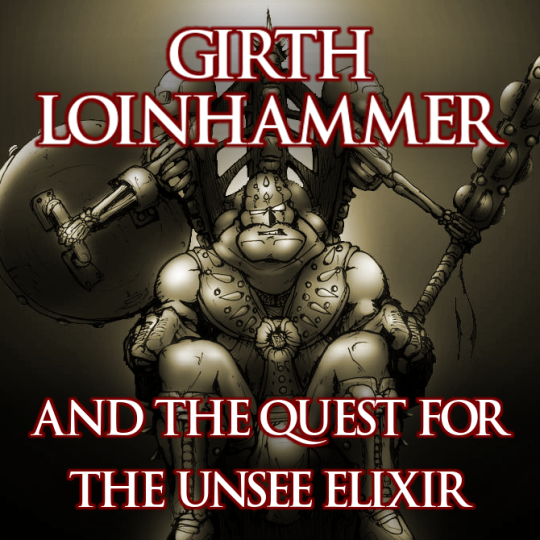 The scenario is going to be pretty familiar if you played Girth Loinhammer’s Most Exponential Adventure: Girth Loinhammer (Dungeon Lord) is unsatisfied with the public perception of his seriously evil dungeon, but this time – more than that – he’s traumatised by a certain something he was unfortunate enough to witness during its day-to-day operation. A certain something he wishes to unsee.

Unlike most of my other Twine games, this one is an old-school gamebook that’ll need you to scrounge up a pencil and paper and dice (but just regular six-sided monopoly dice: none of those twenty-sided nerd ones). It comes with its own highfalutin Adventure Sheet, which you can find right here:

The game itself can be found in the list of IFComp entries, and I’d highly recommend taking a look through some of the others. I haven’t had time to play through any myself (see: jury service, freelance work, my phone battery swelling up to the size of a toaster waffle) but I’m familiar with a couple already and purely based on those I’m willing to guess that there’s some very good stuff in there.

If you’d actually like to have a hand in the final results, anybody can be a judge: you’ll need to play a minimum of five entries for a maximum of two hours each. I’m not eligible to be a judge because I’ve got an entry in the competition, but I am looking forward to submitting a ballot for the “Miss Congeniality” side-contest in which authors judge other authors.